Moshe Zarhy, born in 1923 in Jerusalem, counts among the second generation of architects, who have contributed decisively to shaping the face of today’s modern state of Israel. By his functional, aesthetical and unadorned style he can be seen in direct succession to the founding fathers of Israeli architecture, who - in the twenties and thirties of the 20th century - laid the foundation for the settlement of Palestine. In his life as an architect he has achieved supreme international recognition.

Numerous national as well as international distinctions were conferred upon him. One field of work, however, has been of particular interest to Moshe Zarhy since the beginning of his activities: Health Facilities. It is in this field that he has achieved mastery by a multitude of outstanding and groundbreaking hospitals. In addition to the projects of his speciality, the construction of hospitals, this publication also gives insight into the other fields of his substantial work. 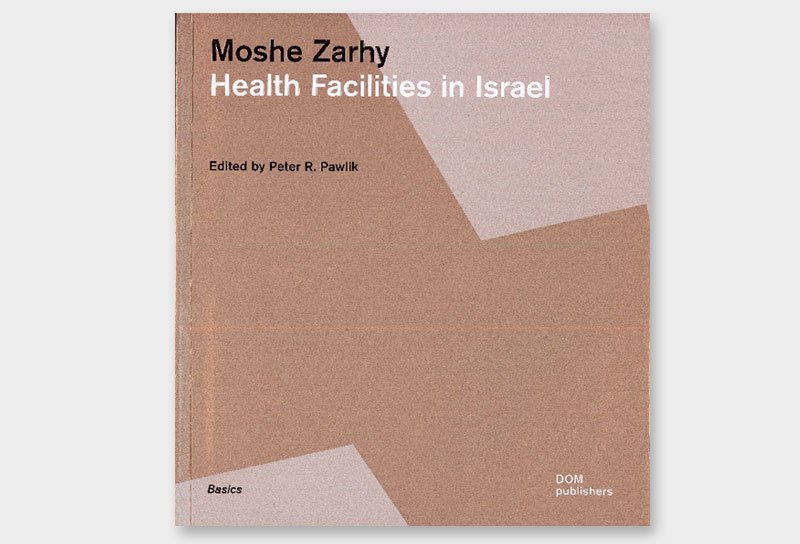 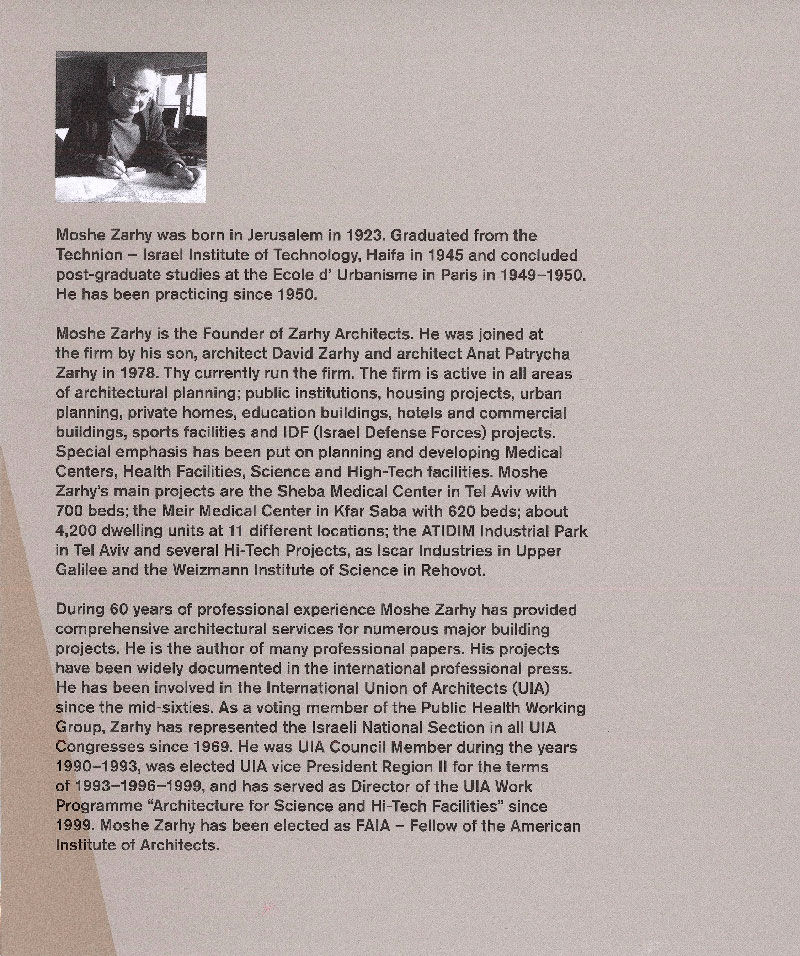 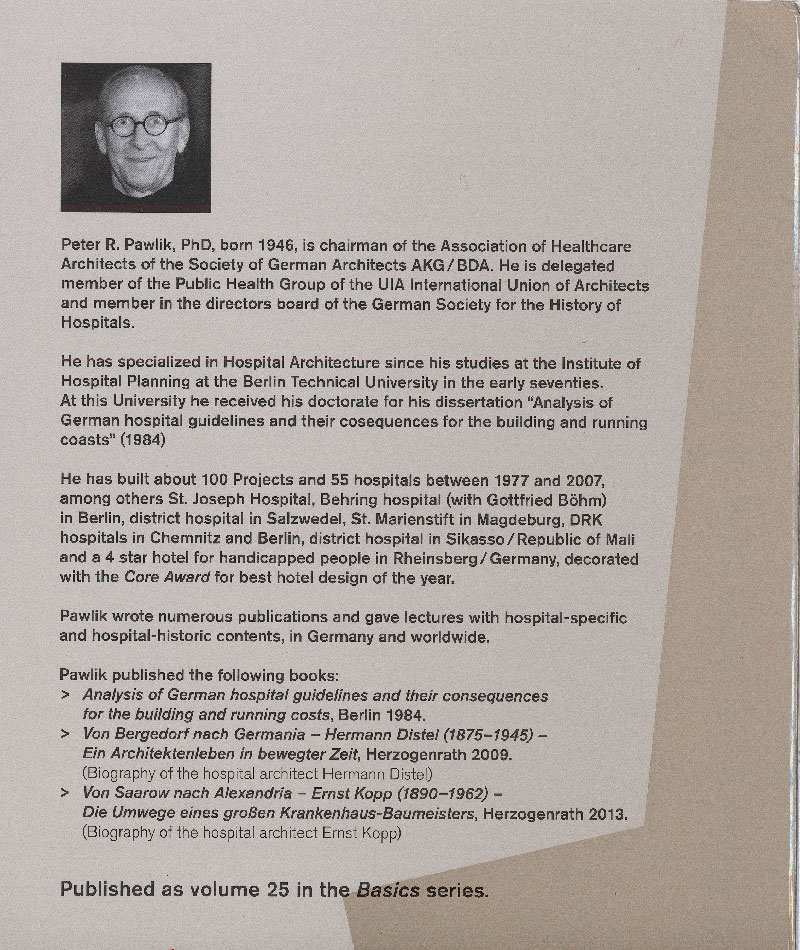 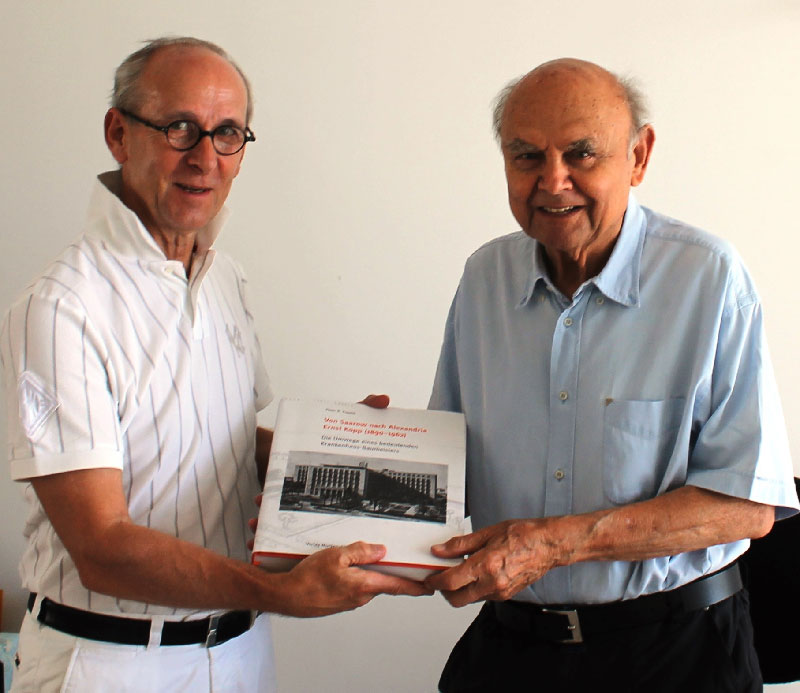